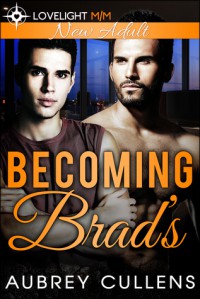 - I think Justin is Bi. No straight man would feel tingled being touched by another man.

- I thought this was going to be dub/con or non/con. No. Justin made the decision for the proposal. And he's 20. I consider him as an adult.

- Insta love-lust. Well, this is novella. I don't mind though. If they're just going to be fuck buddy till the end of the book, I would be seriously pissed.

- My god, Brad was so possessive and dominant. I liked it.

- Too many narration not enough dialogue. :(

- Brad called Justin 'baby' even though they're just met a few days. *groan*

This book was written in Dual POV and ended in HEA.